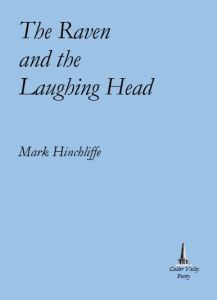 Mark Hinchliffe has been writing poetry since he was sixteen. He was inspired to read poetry, and write his own poems, after his English teacher played a recording of Ted Hughes.

Mark has been involved with the Albert Poets in Huddersfield for nearly twenty years, reading there regularly, and also organising readings.

He corresponded with Ted Hughes, who took an interest in his poetry. This led to Mark’s involvement in the Elmet Trust, of which he is a director. 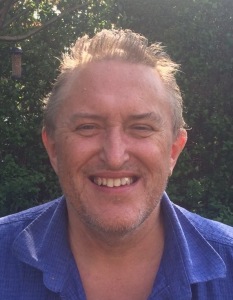 The Raven and the Laughing Head

One wintery afternoon in a bar of a pub in North Tawton, with other friends of Ted Hughes, after his funeral, I came to know a young man who had joined us, a fellow guest, Mark Hinchliffe. After that meeting Mark and I kept in touch. Over the years I have read many of his poems. What struck me immediately was the rare gift of seeming able to spin a poem out of nothing. The touch is so light – it could be Chinese.
Daniel Huws

Mark Hinchliffe writes love poems, praise poems and poems of lamentation and devotion. I am reminded too of a meadow beneath which lie layers of archaeological sites. You might find mythology here, or Sioux history, or fragments of Huddersfield or America. There is magic, anecdote, film history. This breadth of theme is belied by the poems’ directness and apparent simplicity, the intimacy of address, and an innocence that hums with love. These are not ironic poems. They weave myth into both the dark and the everyday with a seriousness and attention that could be prayer.
Carola Luther

They carried the stained glass
windows into the mountains
to save them from the fires.

As people burned
a man wrote a book
about moths,
with pages of coloured drawings
of the Bee Tiger,
the Vapourer,
the Leopard,
the Red-Necked Footman,
the Old Lady,
the Feathered Thorn.

And as the flames came closer
the moths shone brighter,
brought him warmth,
as if each page of colour
was a tiny ­­­sun.

And as he began to burn,
as smoke spiralled
from his fingertips,
the moths flew
from the pages,

they filled the room,
they grew,

carried him away
into the mountains.

The Raven and the Laughing Head, Mark Hinchcliffe, £7